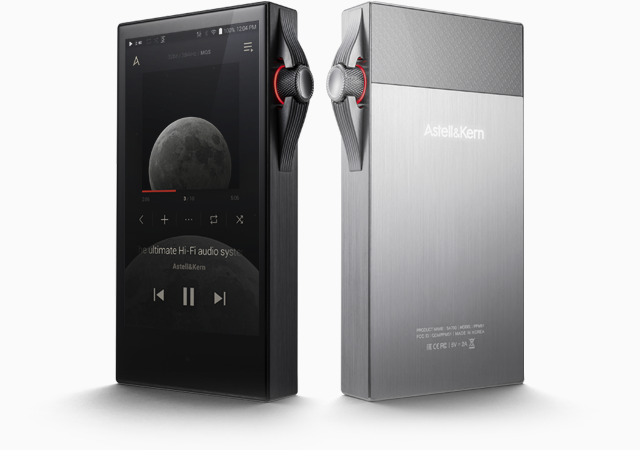 Astell & Kern have launched a portable hi-res digital music player, the SA700, priced at £1295 or $1299. It’s equipped with the firm’s trademark top-right volume dial and stainless steel bodywork, along with not one, but two AKM AK4492ECB DACs.

The company promises these components will offer a “new sound signature” to listeners. The SA700 supports bit-to-bit playback up to 32-bit, 384kHz and native DSD playback up to 11.2MHz.

Along with a balanced 2.5mm and unbalanced 3.5mm wired audio outputs, the SA700 is equipped with Bluetooth and aptX HD support, allowing high-definition audio to be played wirelessly. This won’t support the very highest levels of fidelity the SA700 can play but will be far superior to a standard Bluetooth (or SBC) connection.

An LED indicator around the volume ring will support hundreds of different colours and levels of saturation. An ‘open app’ service allows a number of APKs to be installed.

This site uses Akismet to reduce spam. Learn how your comment data is processed.

ABOUT US
Newspaper is your news, entertainment, music fashion website. We provide you with the latest breaking news and videos straight from the entertainment industry.
Contact us: [email protected]
FOLLOW US
© Newspaper WordPress Theme by TagDiv